Batik Sarong price is so various. Many things become determiner of price for a batik sarong. It starts from the material, making technique, and its motif too. During this time the craftsmen make available for batik material. It starts from shroud, cotton until silk. Every this material of course have different price. And the most expensive is the silk. The price for a silk batik sarong can reach millions until billions.

And for making technique, there are three techniques. Among them, batik manual or tulis, cap (stamp) and printing too. It is same with the material, this technique determines too batik sarong price. Batik sarong printing is the cheapest price. Its price starts from thousands and more. But for batik tulis sarong price, its price can achieve thousands until millions rupiah.

In addition to, the motif from every batik influence its price too. This thing because there are some motifs which are rare. Of course that motif is so rare to be found. If there are the collectors that have it. So, batik sarong price with rare motif is so exclusive. Its price can reach millions.

Of course, for the collectors, the price does not become the problem. But, for people who just want to have batik, the price becomes itself determination. In our place (Batikdlidir) make available for batik with the cheapest price and the best quality. You can compare it with other place. With the same quality, the price in our place of course is cheaper.

Batik Sarong price at Batikdlidir with low price. Starting price US $ 1.50 per yard, You can get the best quality sarong. Batikdlidir’s Wholesale sells the original handmade batik sarong with the various traditional batik patterns. During this time, we give service the order for some areas. It is good from inside or abroad.

So, anytime you need batik, you can contact me. In addition to make available for batik ready to wear, we accept the order of batik motif. Such as your design motif itself or rare motif which are rare to be met nowadays.

Then, this special characteristic becomes icon from that place. And batik lovers have been able to know the origin of batik from its motif. And now, Batik has been developing continuously. It is not only in Indonesia. But also, almost in the entire world. In all countries have batik. Though, batik which is existed is not original from that country.

But it comes from other country. This thing is done because batik lovers are so much. So many countries that cause batik for fulfilling people want later. Motif existed on batik sarong is divided too to become some kinds. There are traditional motif, flora motif, fauna and geometry motif too.

Then, for this animal or fauna motif adjusts its region. This motif usually is the image from environment surrounding. Such as dragon motif, butterfly motif, fish motif or sea animal and other animal motif. There is leaves or trees motif too.

Batik sarong images at Batikdlidir. Sarong wholesale with original handmade and traditional. Starting price US $ 1.50 per yard, You can get the best quality sarong.

Batikdlidir’s Wholesale sells the original handmade batik sarong wholesale with the various traditional batik patterns.  You can be easy to get those motifs in our place (Batikdlidir). As the one of batik center in Solo city, we make available for thousands motifs.

It starts from traditional until modern motif. You can choose motif like what you want. Or you can order motif suitable with your wants. We are ready to give it service. By having professional craftsmen, we are always ready for giving the best. 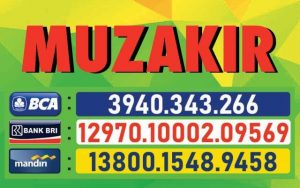